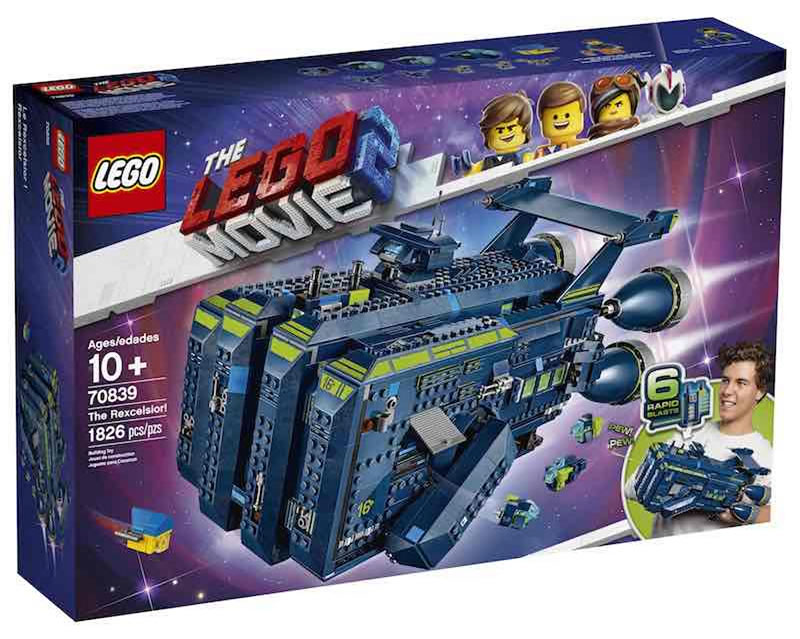 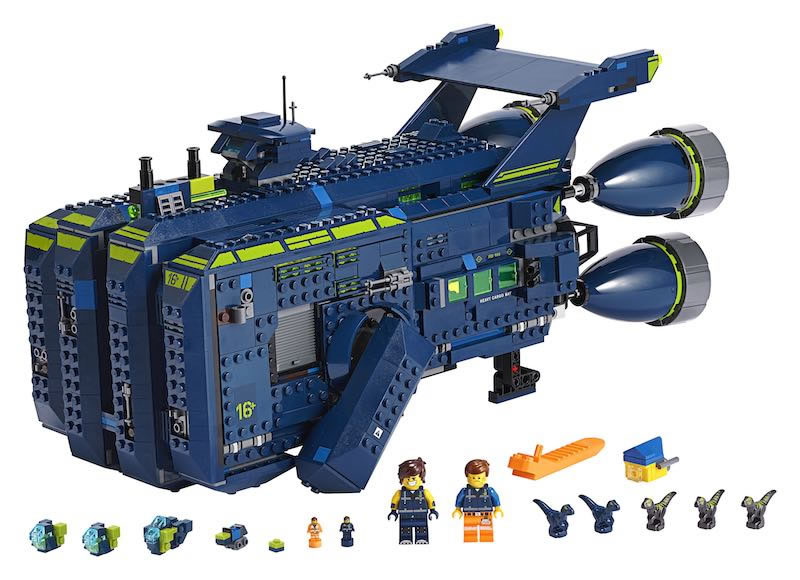 
Erwarte sehnsüchtig Star Wars Episode 9: The Fall of a Franchise
nach Episode 7: Mary Sue in a Galaxy far far away und Episode 8: Return of the SJWs

"In a global exclusive reveal at this year’s London Toy Fair, The LEGO Group has shown off an upcoming addition to its range of exciting products from The LEGO® MOVIE 2: THE SECOND PART™ (in UK cinemas February 8th) – in the form of new hero Rex Dangervest’s ship, The Rexcelsior.

The 1,820 piece model, released in summer 2019, gives builders of all ages the chance to take control of all-action hero Dangervest’s vessel, shaped like a fist and featuring a rapid-fire, 6-missile spring-loaded shooter with shooting function and a trigger in the back, allowing them to role-play space missions with Rex, Emmet and Rex’s raptor crew.

Builders aged 10+ can make their play experience ‘awesomer together’ by building with a friend – whether spotting the details of the micro-scale interior (featuring its own skate park, cargo bay and command bridge) or by joining the raptors in the cockpit as they set off on more space adventures.

The set is part of a wider range of products from The LEGO® MOVIE 2: THE SECOND PART™ that will bring to life a range of exciting LEGO sets and play experiences for kids and parents, such as Emmet’s Thricycle and Rex’s Rex-treme Offroader. Builders can break and rebuild their structures for extra fun, and to even create their own version of The Rexcelsior!

The Rexcelsior has been revealed for the first time at London Toy Fair in a global exclusive and will officially launch in summer 2019 for a RRP of £139.99."
| Biete | Sets | Minifiguren | einzelne Steine | Klick |
| DO´s Bricklink Shop | 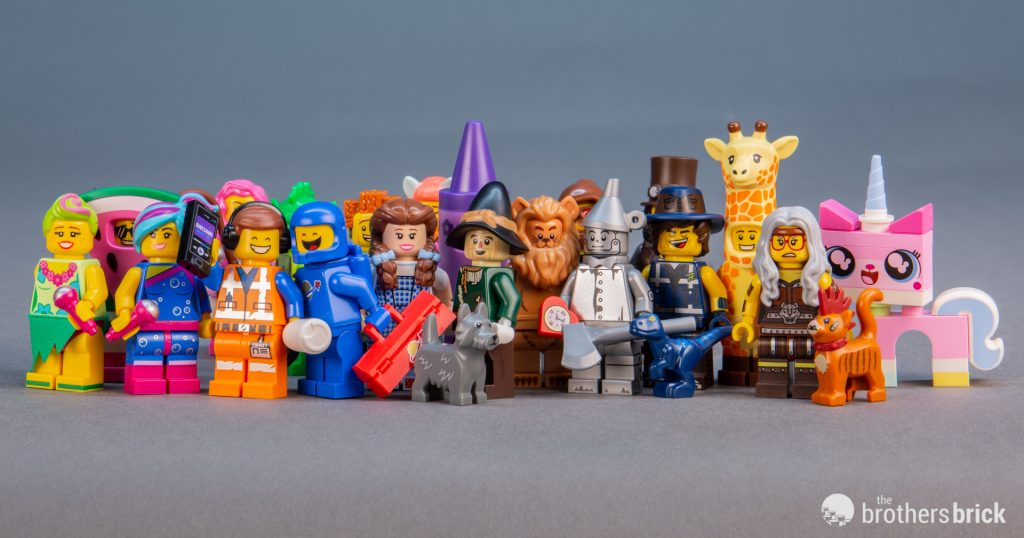 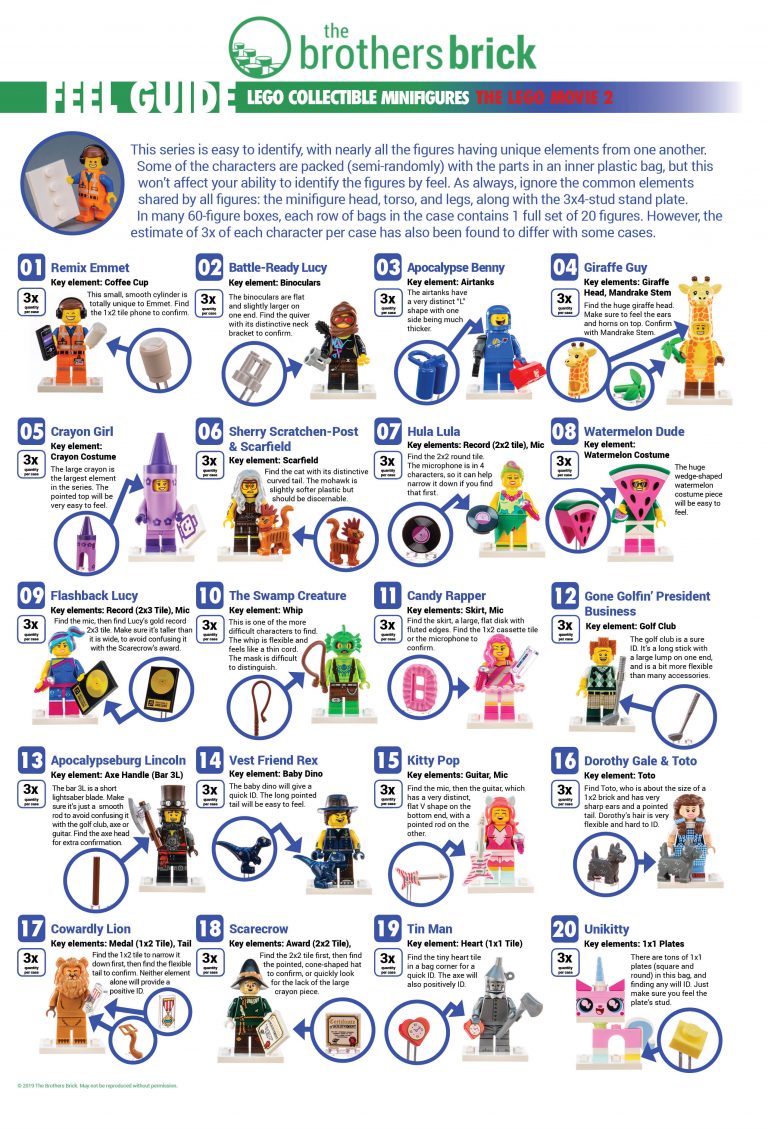 The Thing that rhymes with Orange 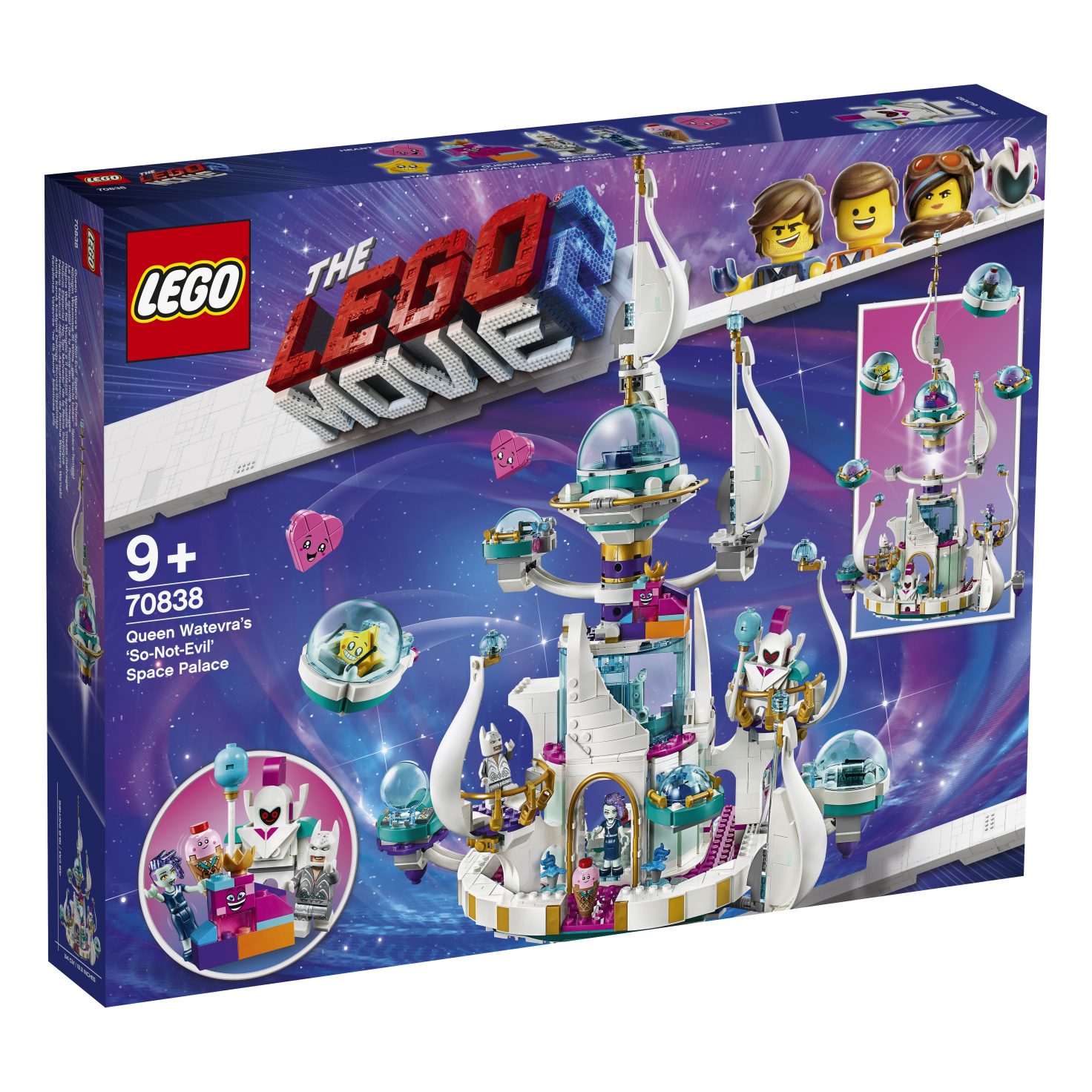 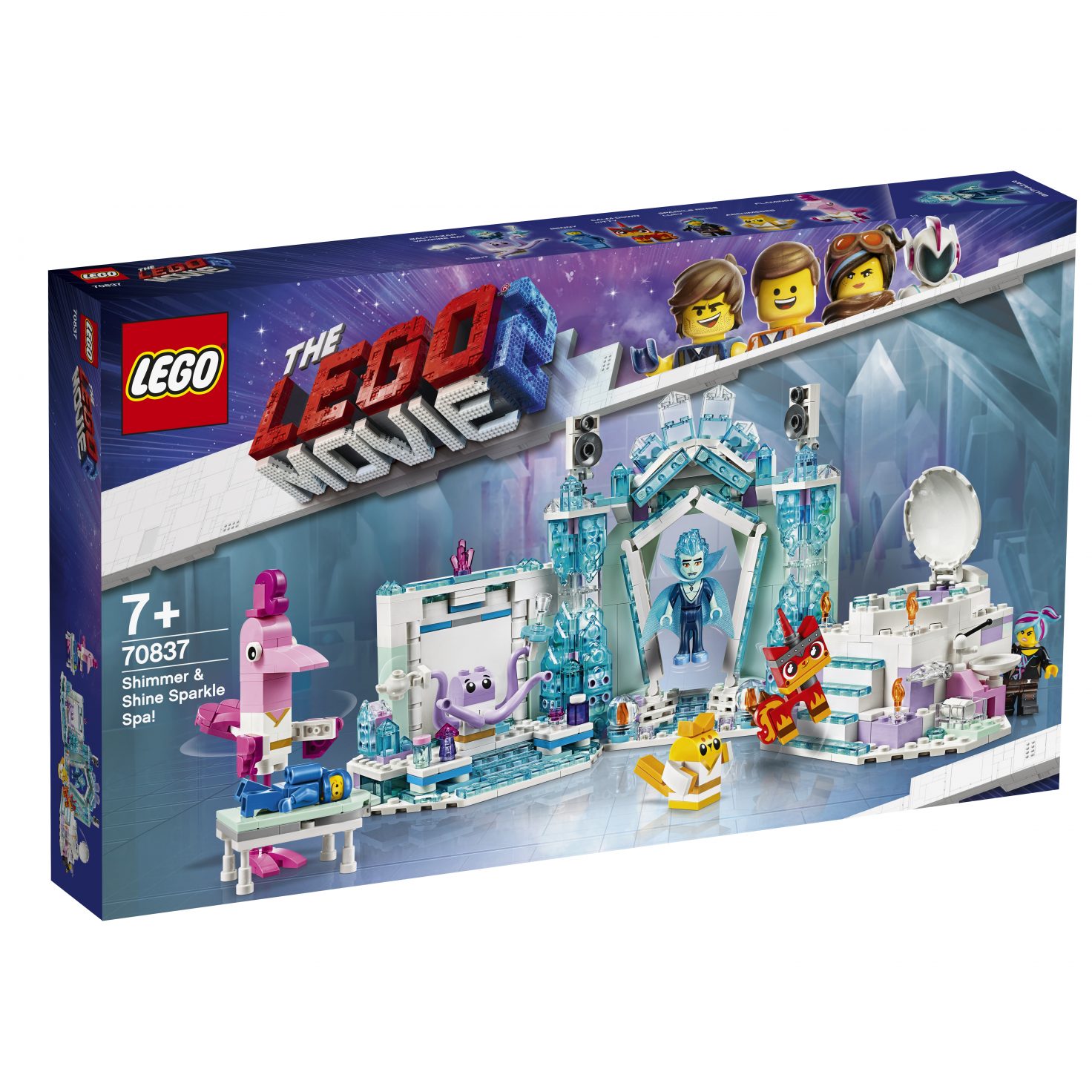 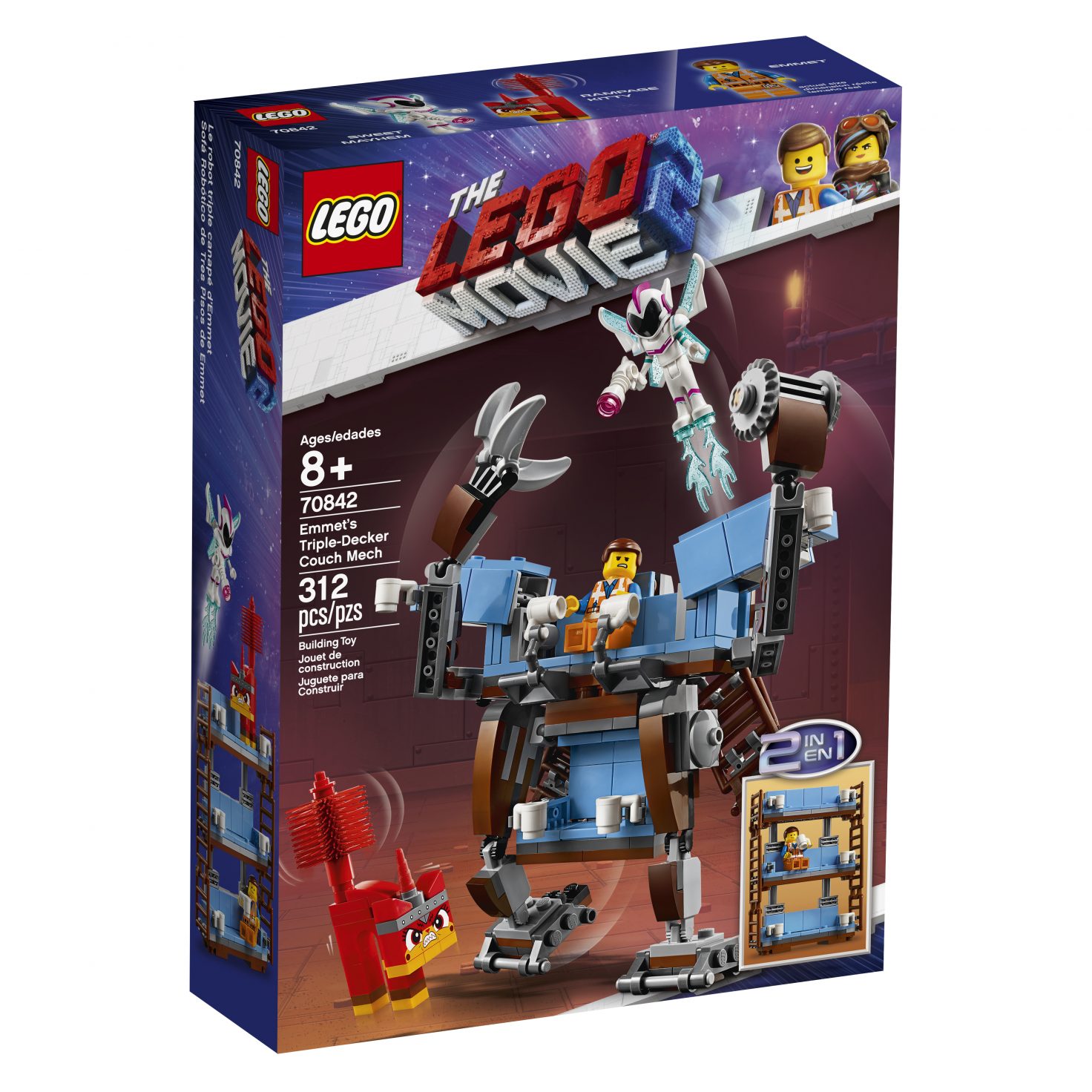